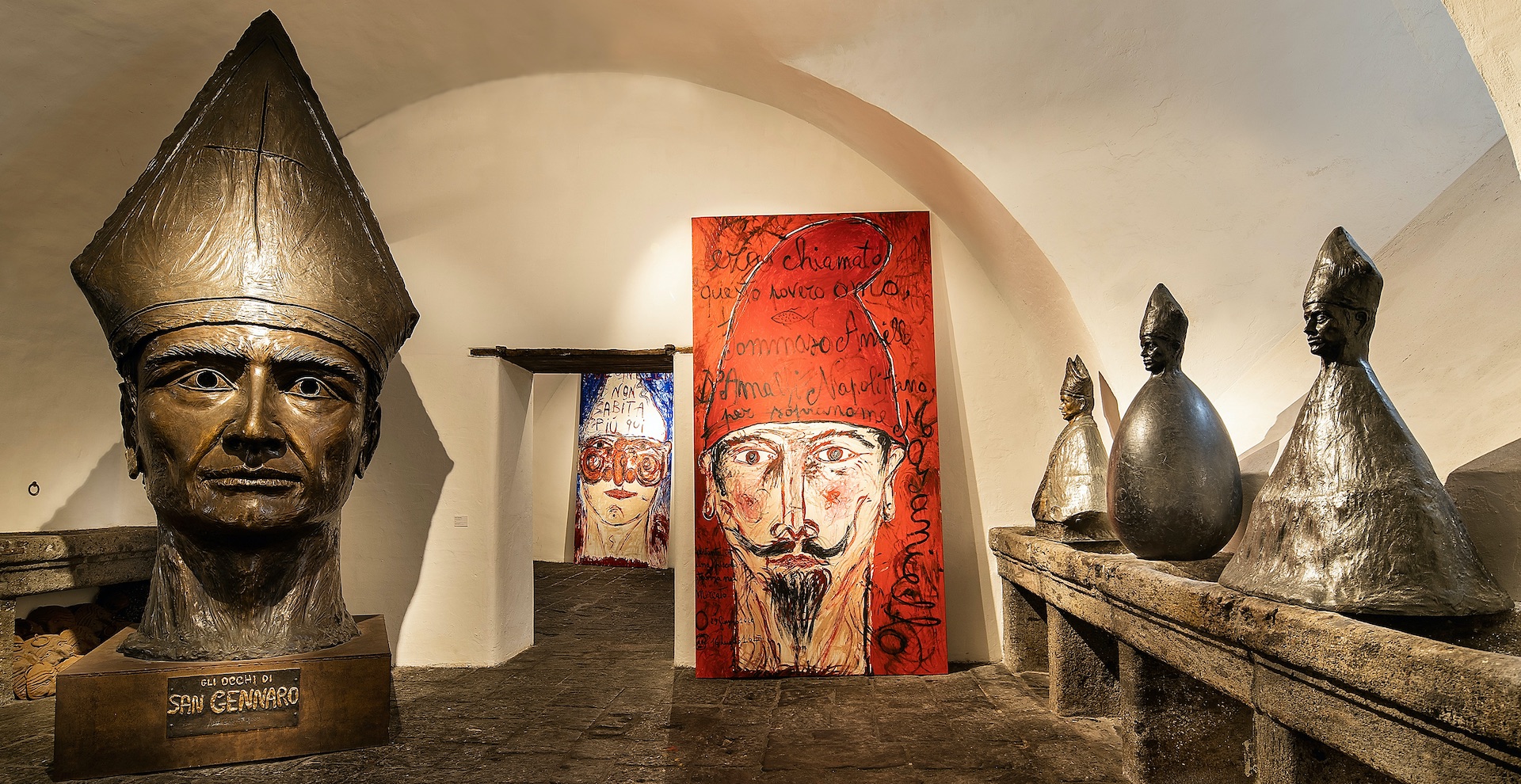 The Sansevero Stables, home to the atelier and laboratory of Maestro Lello Esposito, are located inside Palazzo Sansevero, in rooms used as early as the 16th century for the shelter and care of horses.

In the atelier rooms, the rings to which the horses were tied are still visible along the walls, as well as the original mangers in piperno, a lava stone of Flegrean origin extracted and used in city construction until the seventeenth century. In these rooms, as in the adjoining ones, the works of the artist’s private collection are exhibited, who for over thirty years has placed the relationship between contemporary art and tradition at the center of his research through reflection and artistic reworking of the symbols of culture Neapolitan: Pulcinella, the Mask, the Egg, the Skull, the Volcano, San Gennaro and the Horn, in their various and possible variations and metamorphoses.

In the entrance hall of the building, mirroring those of the atelier, the other rooms originating from the Stables, which today house the artistic laboratory of Lello Esposito, as well as yesterday the scientific and alchemical one of Raimondo di Sangro. 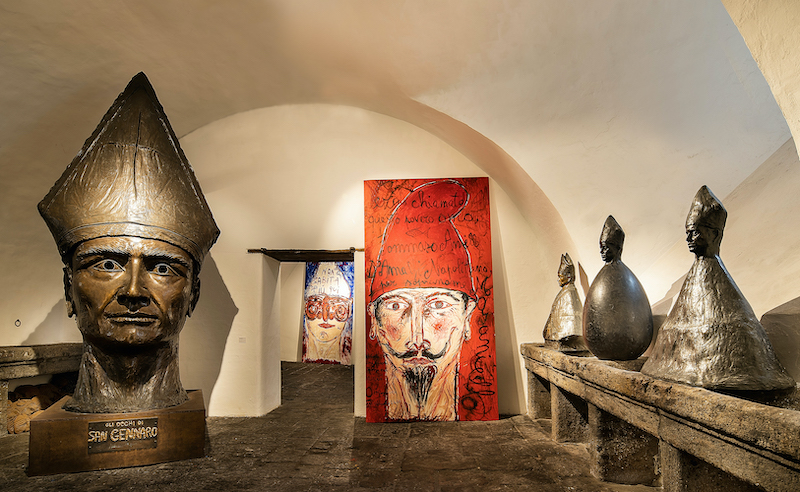 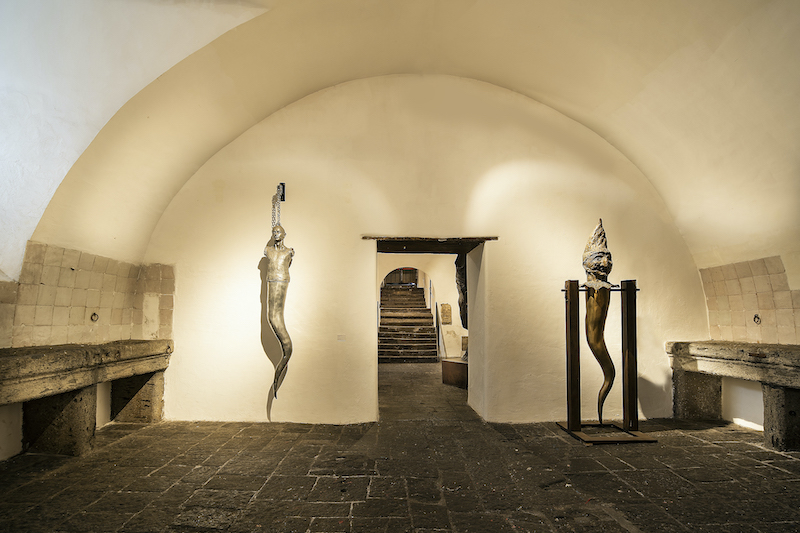