INTERNO A14 - the Event Gallery

INTERNO A14 – the Event Gallery

Wherever you go, Naples testifies art and history at every corner. And Palazzo Serra di Cassano, in the San Ferdinando district, on the Pizzofalcone hill, is a clear example of this, because within the eighteenth-century walls of the Neapolitan architect Ferdinando Sanfelice, it contains events that represent the essence of a city with a centuries-old charm and mystery, made up of legends and contradictions.

In via Monte di Dio, the historic cultural center for Neapolitan intellectuals, the cultural association Interno A14 was launched in November 2013, with the exhibition on the theme of recycling “Tappo’st” by Luigi Masecchia.

A space of two rooms, for a total of 200 square meters, completely renovated, in the belly, between the basement and the top of the historic Palazzo Serra di Cassano, in a large hall where the ancient carpentry of the Palazzo was located. In the second room, in December 2013, the staircase connecting the basement of Palazzo Serra was found under the floor.

Interno A14 originated from the idea of Vincenza Donzelli, who decided to create a multipurpose space for the arts and culture; open to exhibitions, book presentations, conferences, meetings, and private events.

This is one of the many projects dedicated to this district, of which Vincenza is responsible, having also created the tour “Via delle Memorie” Galleria Borbonica, inaugurated in 2016, the Association “Friends of Palazzo Serra di Cassano” and the series of events “Montedidio storytelling”, in 2019.

In the site of Interno A14, the Gallery of events, it is possible to offer groups and individual visitors a true journey through history between the ground and the underground of Palazzo Serra di Cassano.

TOUR: Palazzo Serra and “Via delle Memorie” – an extraordinary route featuring one of the most beautiful 18th century Neapolitan palaces, where you can admire the Sanfelice staircase, which leads to the wonderful frescoed rooms of the noble apartment on the first floor , and then descend into the basement of the Palace, between the tuff quarries of the ‘500 and the cisterns of the’ 600, and then emerge in the Bourbon Gallery. Duration: 1.30 hours

EVENTS: Interno A14 – the ancient carpentry of Palazzo Serra di Cassano is now a splendid hall enriched by works of art and objects found underground and hosts private events, exhibitions, meetings, tastings and exclusive meetings for up to 80 people since 2013. 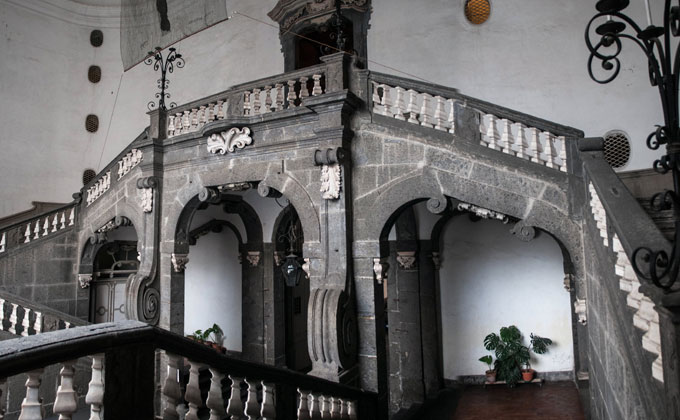 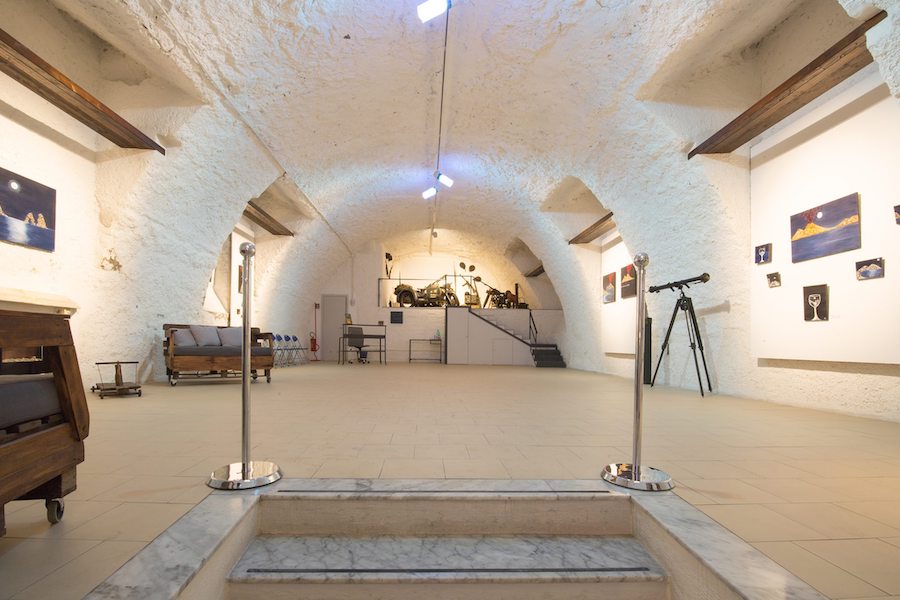 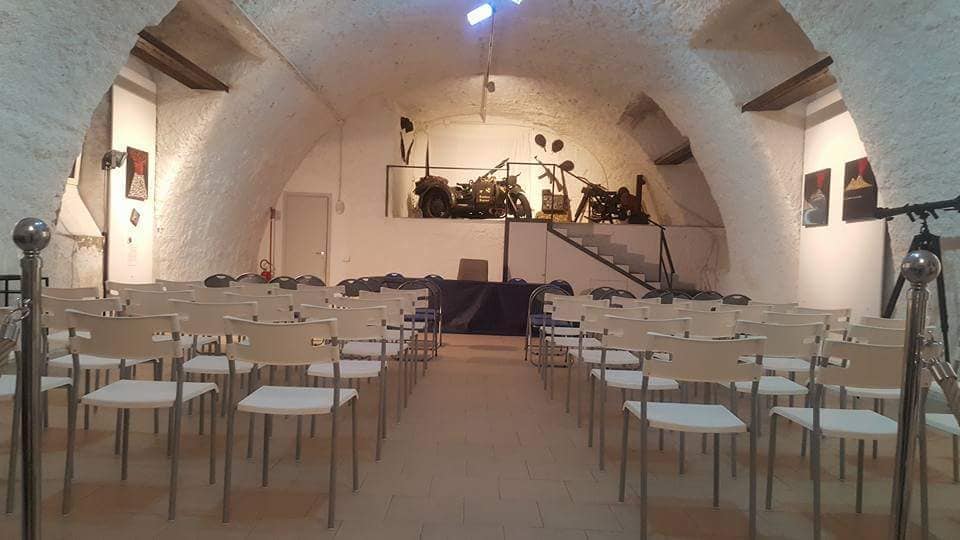 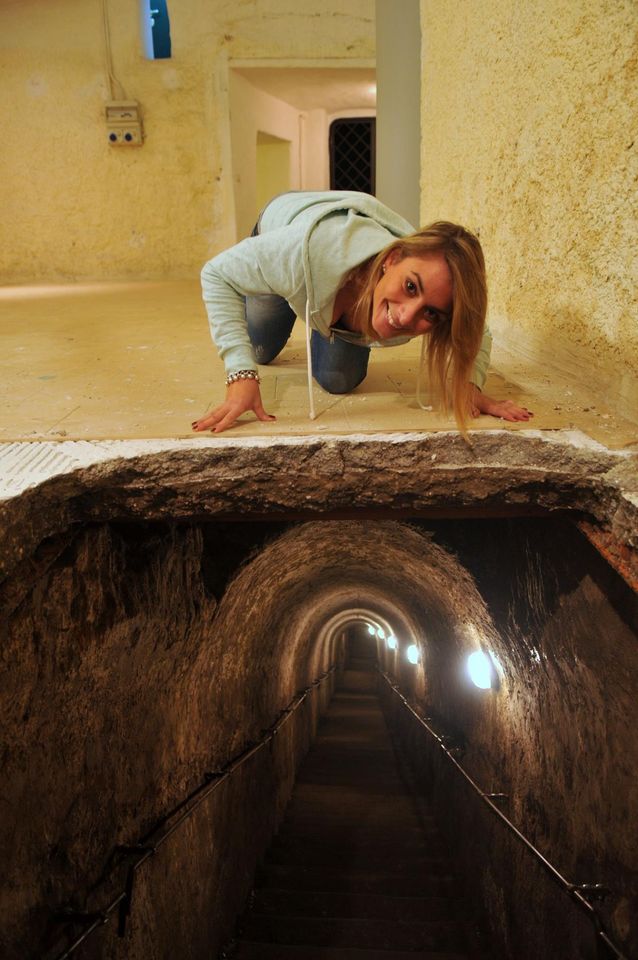 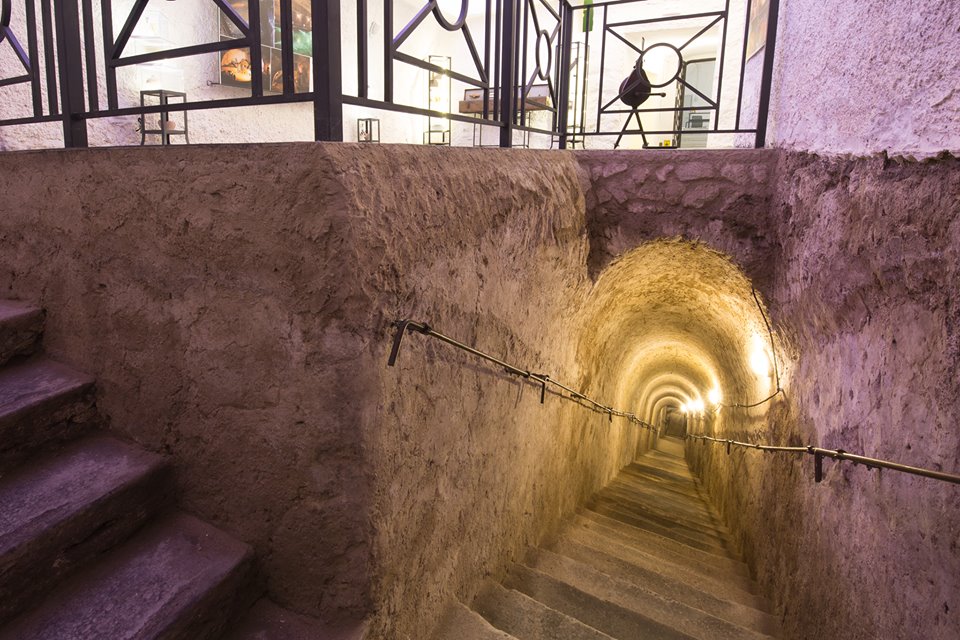 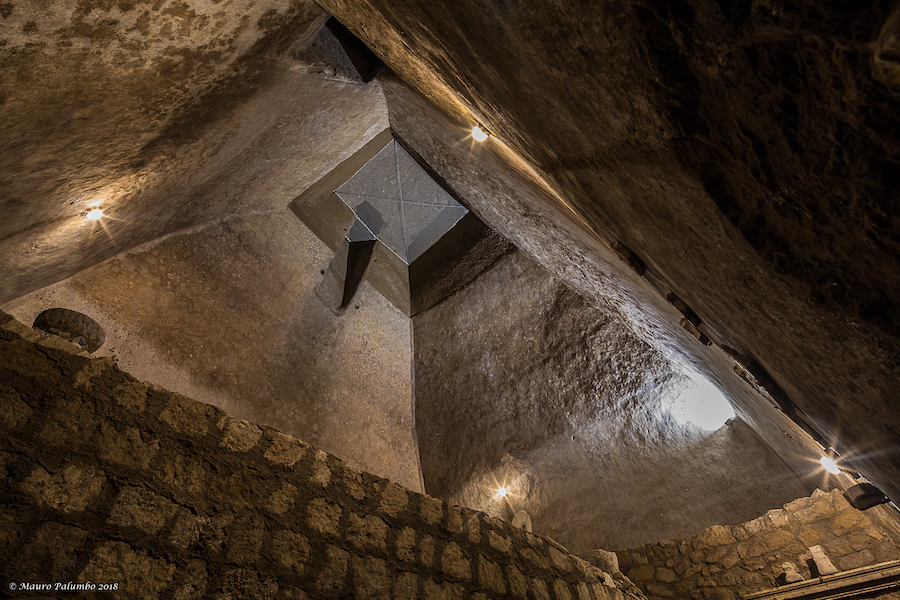