The Path of Memories and Palazzo Serra di Cassano

In the depths of the subsoil, head for an extraordinary journey to Naples “below”. An exciting and priceless journey that allows you to admire what has been achieved in the city’s underground over the last 500 years.
After visiting an octagonal courtyard, the staircase of the Palazzo Serra di Cassano and the frescoed rooms, we arrive in the spaces that once housed the carpentry of the Palazzo. A small war museum has been set up in the rooms with artifacts found during excavations that lasted three years. Then you will experience the descent towards the subsoil, where you first reach the quarries from which the tuff was extracted to build the palace and then the underlying aqueduct, where a magnificent cistern full of water shines.
The visit continues towards the Bourbon Gallery, crossing tunnels and cisterns to reach the exit inside the Morelli Parking.

Palazzo Serra di Cassano was built in the first half of the 18th century by Ferdinando Sanfelice who, in those years, worked on the nearby church of the Nunziatella. Of particular architectural importance is the monumental, imposing and evocative staircase, also built by the Neapolitan architect, famous in those years in Naples for the particular stairways accessing the palaces of his design (an example in this sense is the Palazzo Sanfelice or the Spanish palace).

Unlike others designed by Sanfelice, the stairs designed in this building are neither open nor crossed with each other, but closed, with a double flight and a single body, arousing a lot of charm also for the contrasts of the colors of piperno and white marble that characterize the structure.
Inside, the rooms are decorated with Rococo stuccoes and neoclassical furniture. There are also numerous frescoes and paintings in many rooms of the building; most of these rooms are now occupied by the Italian Institute for Philosophical Studies, founded in 1975, and by the relative library, which has over 160,000 volumes. 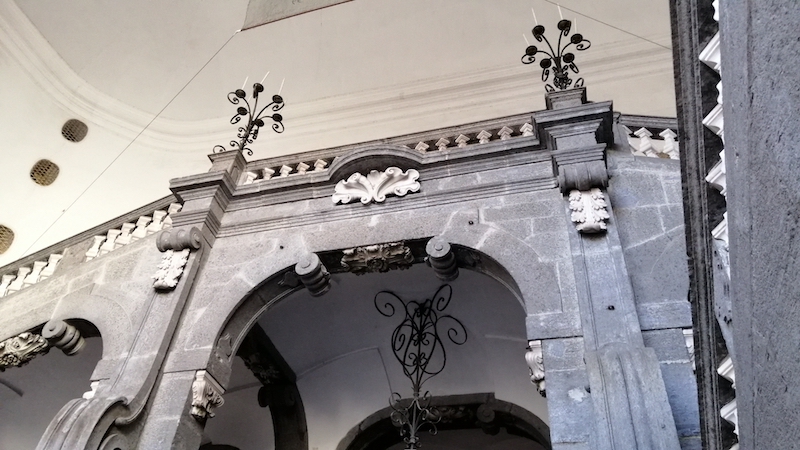 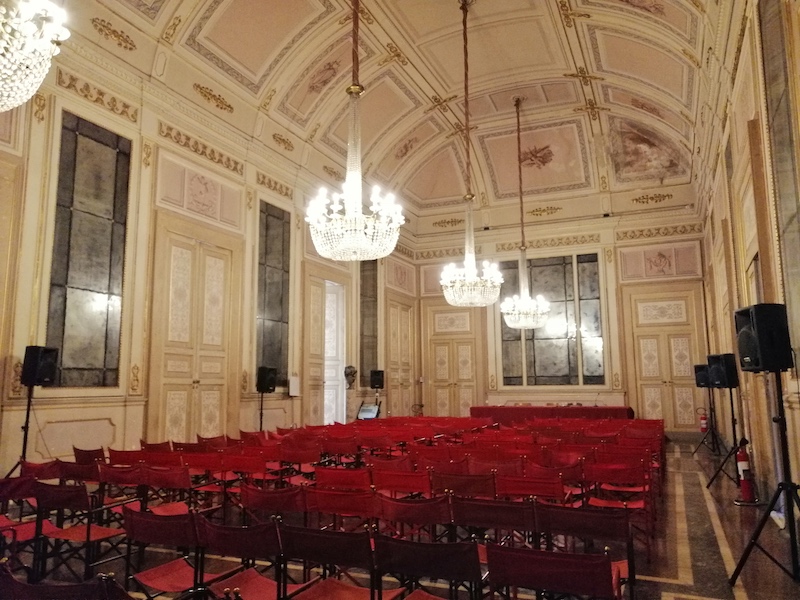 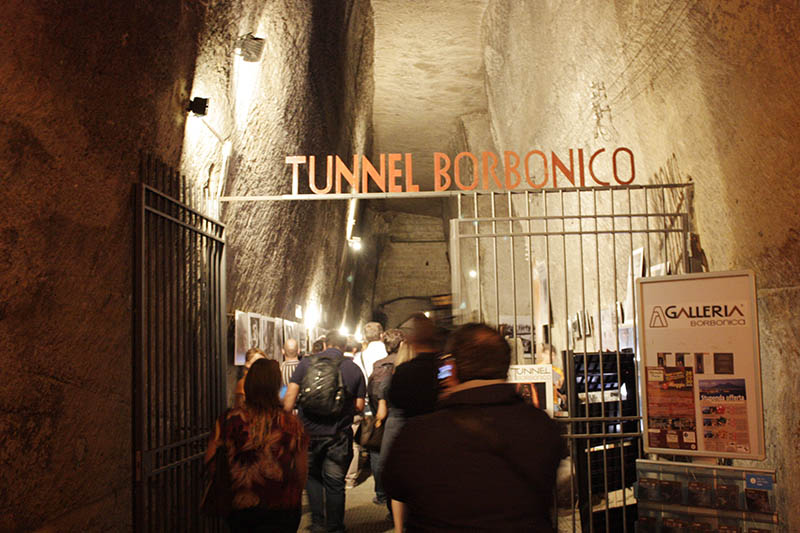 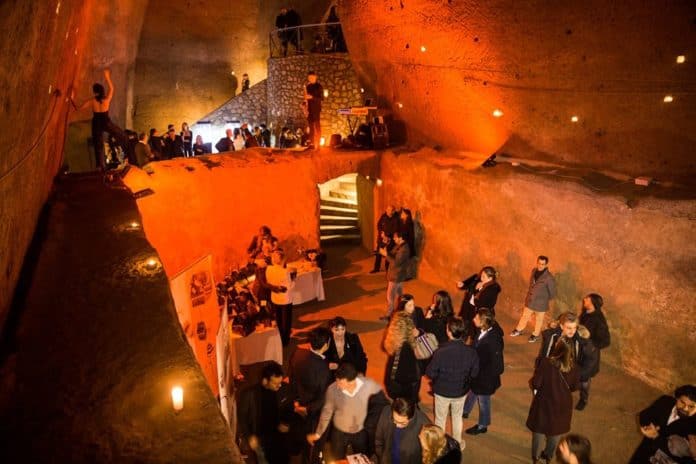 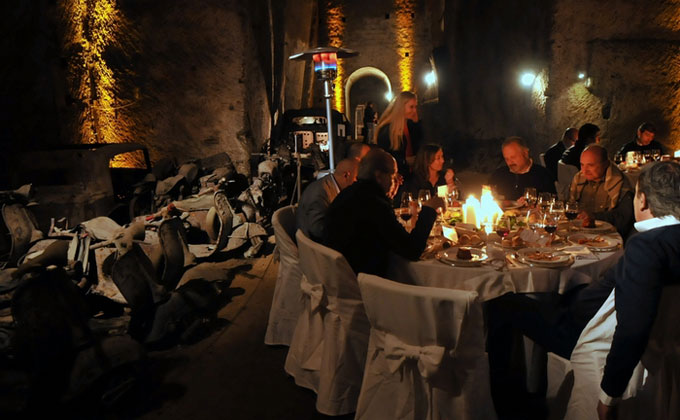 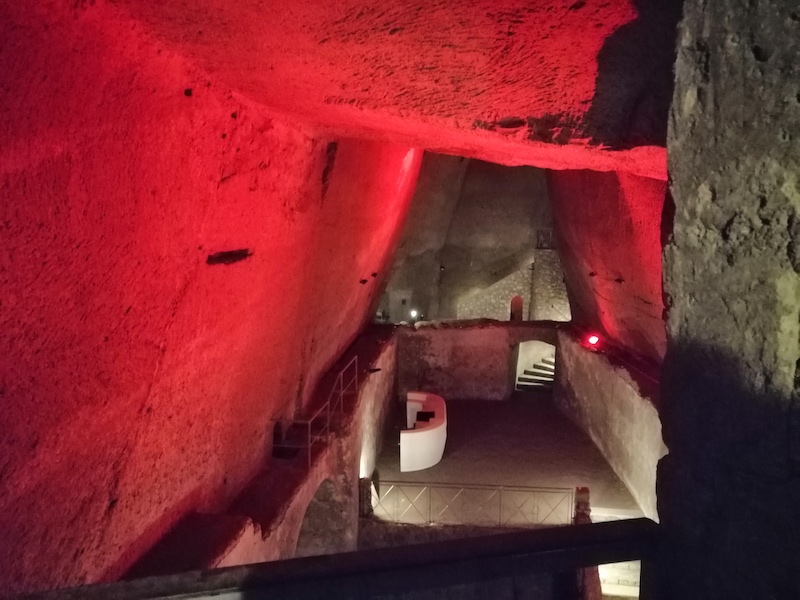