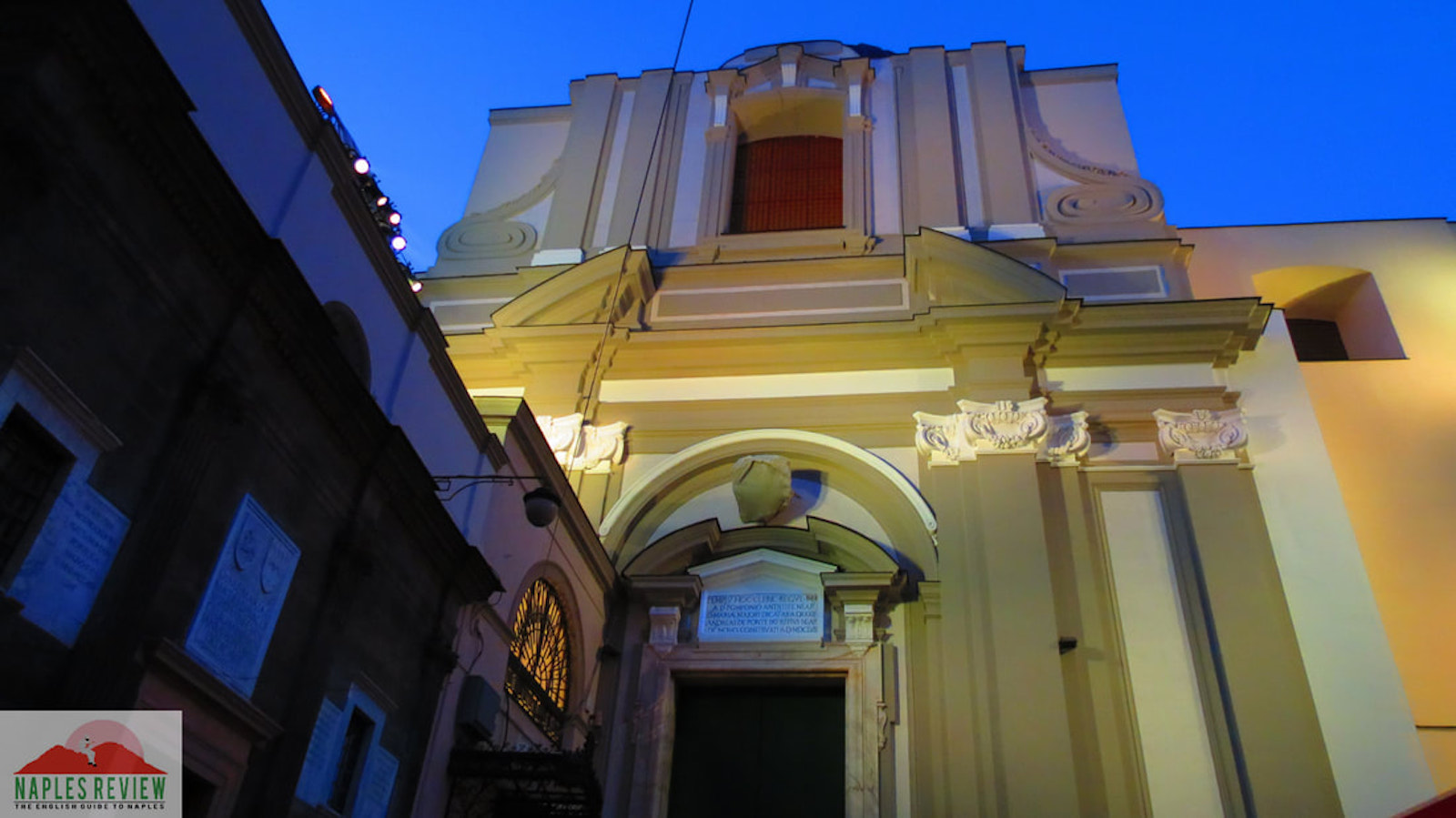 THE COMPLEX
The Basilica of S. Maria Maggiore in Pietrasanta holds millennia of Neapolitan history. Built on the remains of the Greek temple of Diana, it was transformed into a Christian basilica by Pomponius in 525 and thought to be the first sanctuary dedicated to the Virgin Mary. The site, which was rebuilt in 1656 by Cosimo Fanzago, contains the remains of the evolution of Naples: the bell tower, the Pontano temple and the one dedicated to the Savior, together with the basilica.

THE BASILICA
The Basilica of Santa Maria Maggiore, located on the border of the ancient defensive walls of the city, has an ancient history that testifies to the events of the city itself. Built on the remains of the temple of Diana and a Roman domus in 533 by Bishop Pomponio, and dedicated to the Blessed Virgin, it was one of the four major basilicas in the late ancient period. In the mid 1600s the Pomponi Basilica was demolished due to the damage caused by earthquakes and completely rebuilt in 1656 by Cosimo Fanzago.
The foundation of the church is linked to an ancient popular legend according to which the Devil, under the guise of a pig, infested the area between Piazza Miraglia and the old town, and grunting frightened passers-by at night. The center of this demonic activity was believed to be Pietrasanta.
To expel the evil from the site, Pomponius had the basilica built, also following a dream during which the Madonna ordered him to erect a church in the place where a celestial cloth would be found. Under the cloth, the holy stone: a rock with a cross engraved on it, which would have been venerated by the faithful over the years as a source of indulgence.

THE CRYPT
The underground floor and basements of the church of S. Maria Maggiore represent a precious testimony of the history of the city. Going down, it is possible to observe pre-existing floors and wall structures, portions of the wall in opus reticulatum, tuff blocks, mosaics from the Roman period, remains of domus.

THE UNDERGROUND
The basements of the church constitute a group of tunnels belonging to the ancient Greco-Roman aqueduct, which led to rainwater cisterns that allowed the ancients to distribute water to the entire city. These precious remains make the entire Pietrasanta complex a real journey through history.

LAPIS MUSEUM, the underground route of the Basilica of Santa Maria Maggiore alla Pietrasanta, returns with renewed enthusiasm and important innovations that expand the visit experience and enrich its historical-artistic value.
Keeping faith with the technological vocation, which remains the common thread of the complex, and which continues to express itself in video-mapping, projections and virtual reality, the museum strongly aims at its archaeological heritage, such as the remains of Greco-Roman domus, the Hellenistic walls, the opus reticulatum and the precious mosaic floors of the Roman era.

Lapis Museum is available as a venue for exhibitions and cultural events.