There are places that carry something “magical” with them. Not those classic “locations” where you stop exclusively to sleep and admire the city. They are places where you can breathe the “history”, the real one, lived in one of the most beautiful metropolises in the world or perhaps … as the “great travellers” say, the most beautiful in the world.

Foro Carolino was born under the “banner” of a King who has never been forgotten, different in habits and in the love he gave to his people. Charles III of Bourbon was an “enlightened” sovereign, surrounded by intellectuals, artists and politicians who, in a short time, made Naples a great European capital and a highly sought-after destination of the Grand Tour, capable of enchanting the various Montesquieu, Goethe, Stendhal.
In the 1800s King Ferdinand II, grandson and successor, availed himself of the care of Stefano Trinchera, university professor and court doctor who, for skill and loyalty, received as a gift from the Sovereign a “royal” apartment located in the square dedicated to his august predecessor and formerly called Foro Carolino.
The passing of the years has changed the city making it more modern and frantic, but it has not decreased the bond of the Trinchera family, who in that residence decided to create one of the most prestigious B & Bs in Italy and in Europe for history, customer care and love for their own city.

From Stefano Trinchera, noble person of culture to Francesco Gala Trinchera, lawyer of the Neapolitan Forum, the years have passed but the “pleasure” remains unchanged for preserving that uniqueness that derives from the investiture of a King, but  which today can be enjoyed by visitors coming from every part of the world.

Welcome to the Carolino Forum; take a seat in a cross-section of Neapolitan history created taking into account the past without neglecting the best technology and services available for our guests.
All the rooms of the Foro Carolino are designed for travelers looking for a unique relaxation experience that combines the charm of ancient houses and luxury comfort. 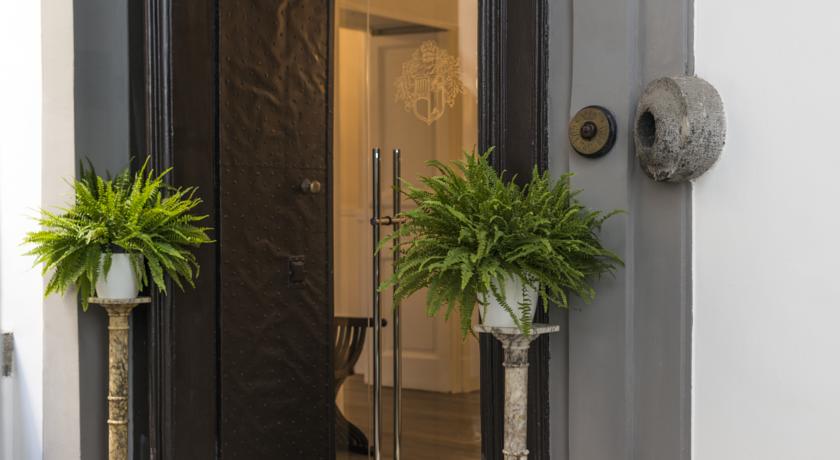 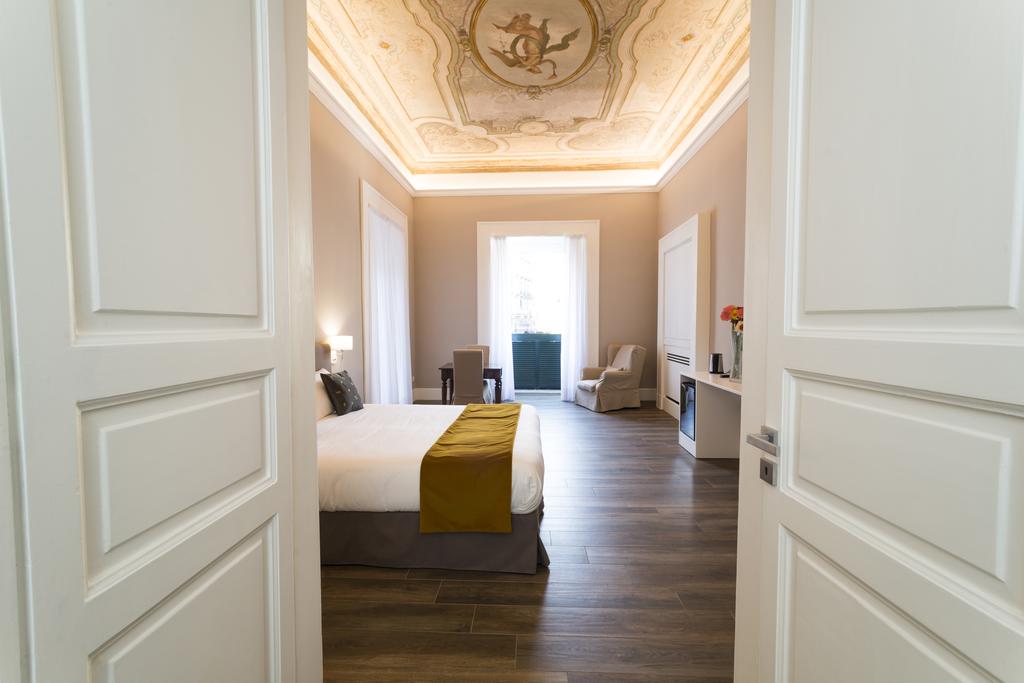 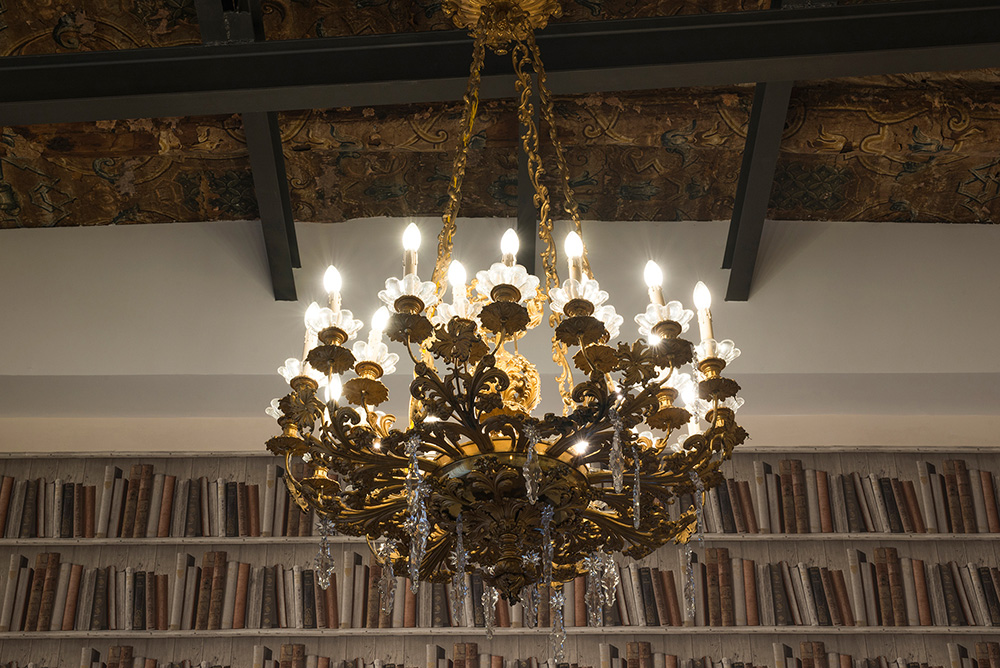 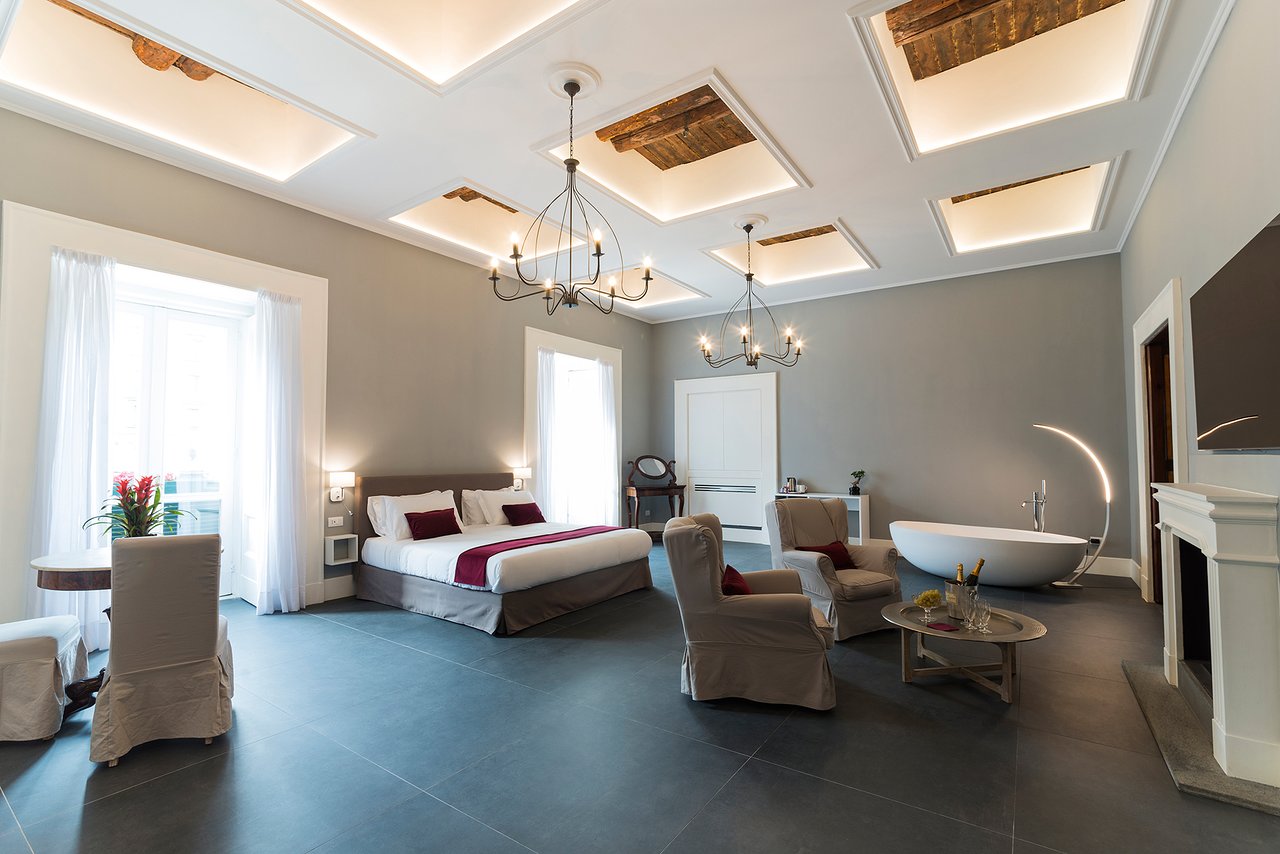 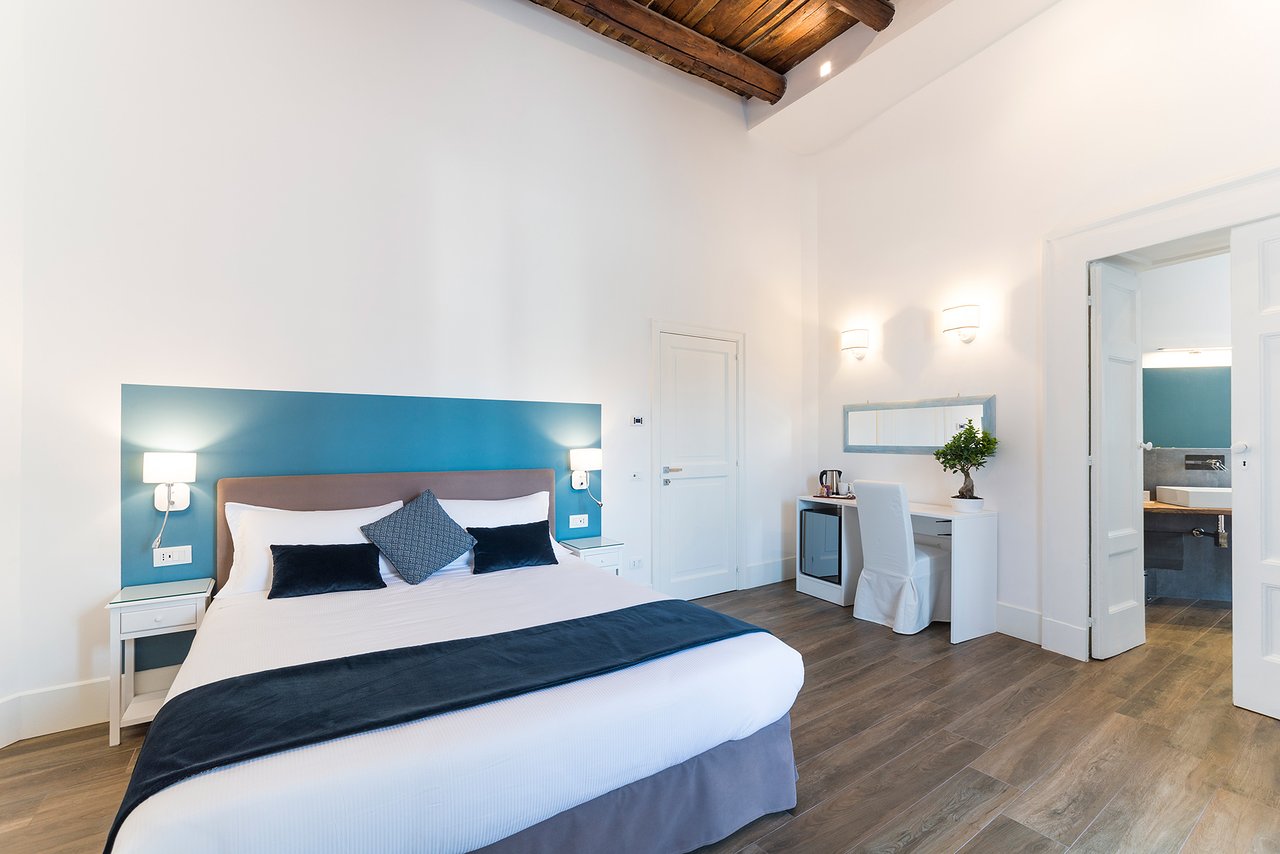 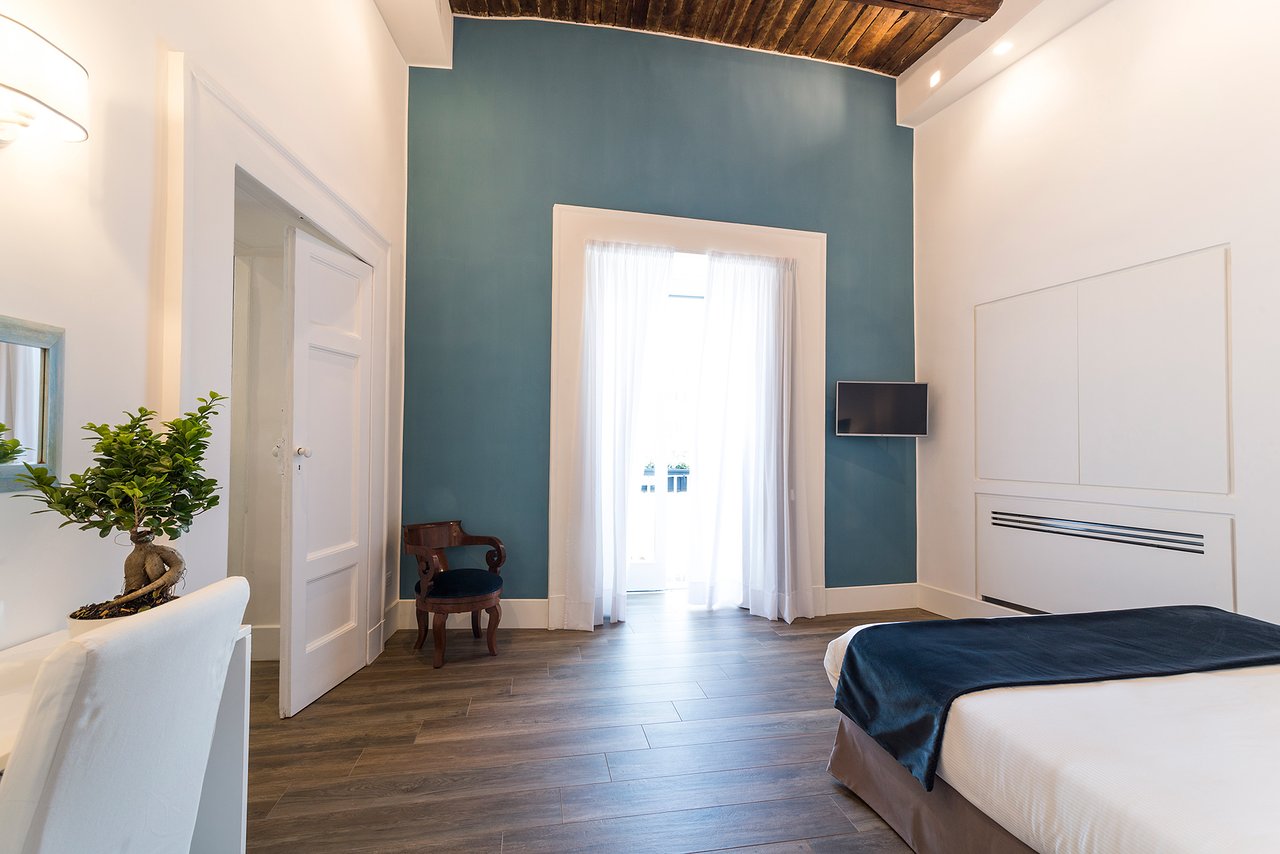 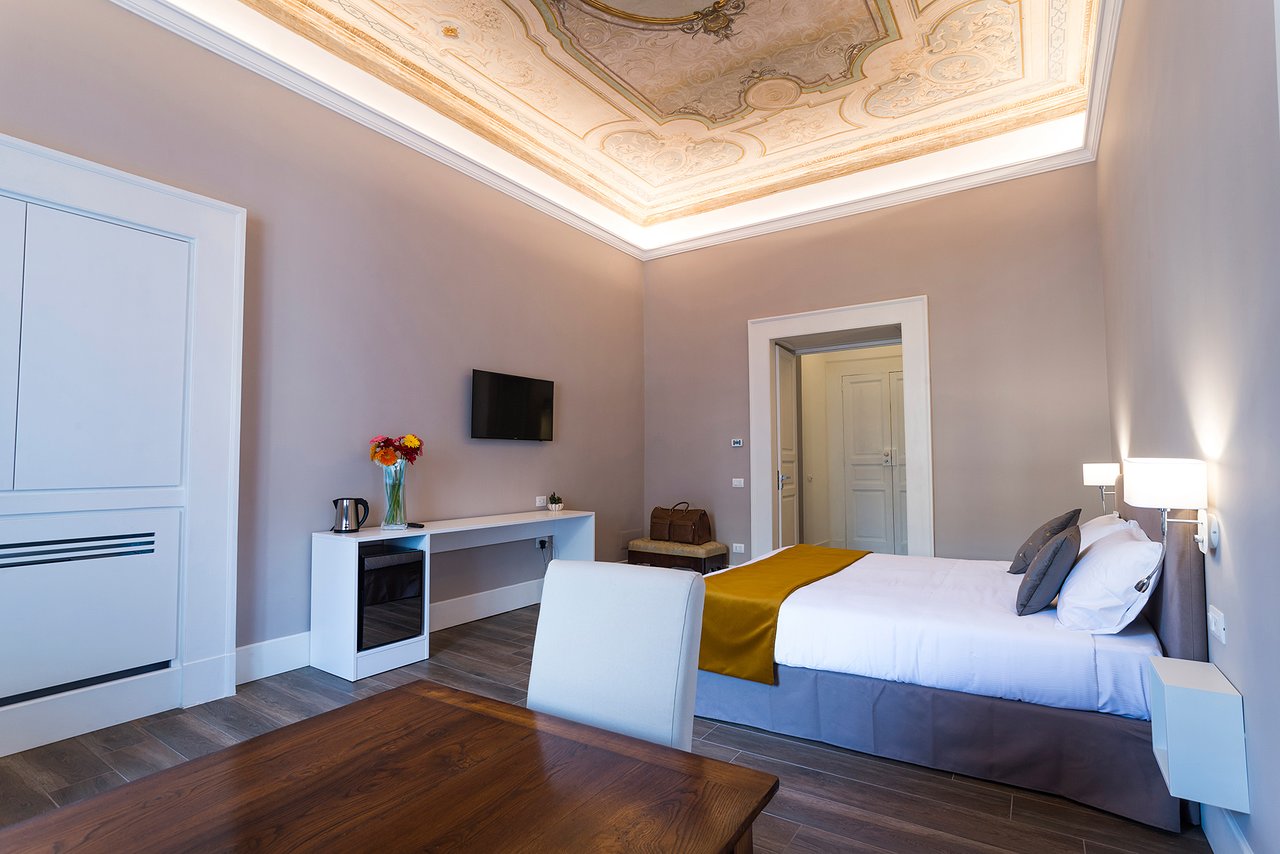 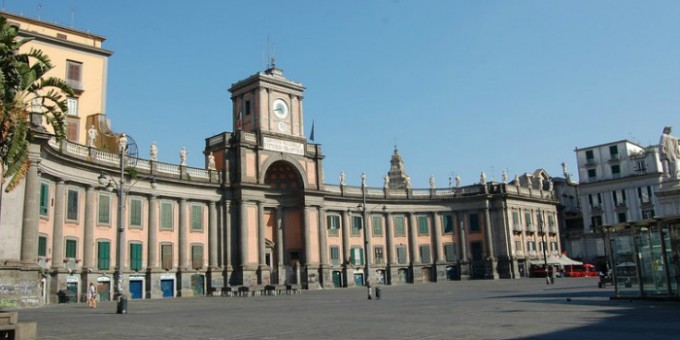