photo: the fortress of Sant’Elmo and the charterhouse of San Martino, Naples

photo: the mystery of Naples and the Egg Castle 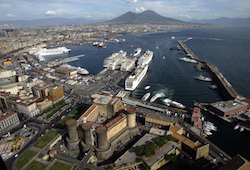 Located in the heart of Italy, Naples is easily accessible by different means of transport, thanks to its strategic position.

The international airport of Capodichino, the second in the country with more than 50 destinations, provides intercontinental routes and efficient services.

The city has a busy port, which houses an intense cruising activity and connects the city to the islands of the Thyrrenian sea.
The central railway station connects Naples to many Italian cities, that are quickly accessible thanks to the Frecciarossa high speed trains: Rome can be reached in just 1 hour 10 min.
Naples is characterized by an extensive public transport network, including trams, buses and funiculars. The metro in particular, with its different lines, connects all the different parts of the city. The new stations of Line 1, recently built , include many contemporary works of art. 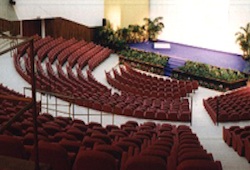 Naples offers various hotels and conference venues , equipped with the most modern technologies to carry out an event, exhibition or convention. Its main feature is versatility. Its venues and spaces suit all types of meetings, from small conferences or councils to massive exhibits. 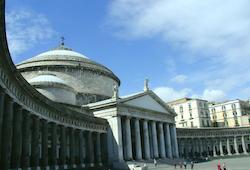 Naples has an extensive and varied culture: Greeks, Romans, Normans, Spaniards have left an indelible mark on the streets and architecture of the city , creating a charming mix of cultures and traditions, which is still perceptible in the originality and variety of its inhabitants. 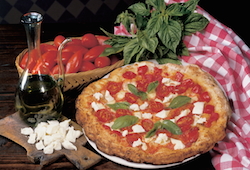 Naples is known as the birthplace of one of the world's most famous dishes : pizza.
Authentic Neapolitan pizza is made with local ingredients like San Marzano tomatoes and buffalo mozzarella .
The pizza is not the only the dish of the city: cakes , pasta and different traditional products have always been the flagship of the Neapolitan cuisine.

Our network offers a wide range of ideas for the smart visitor, with a variety of deals to suit all needs and all ages.

Look at our Partners page!