The Statue of the Nile is back and restored 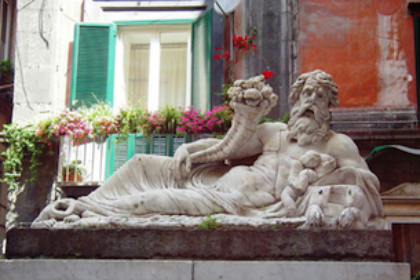 From November 15, 2014  Napoli’s “body” is back .  The famous statue of the god Nile, called the Body of Naples, was returned to the city after a restoration done at the expense of citizens. More than 2200 people have, in fact, participated in fundraising to restore the city’s famous statue.

The celebration started with a concert by the Brass Band of Campania X Regiment Carabinieri in Piazza San Domenico Maggiore and was concluded with a big toast to the statue.

After more than fifty years, the sculpture is back also integrated with the head of the sphinx, which was detached and stolen from the body of the work during the sixties. The small “Sphinx” was found in Austria in December by the Police.

Carmine Masucci, director of the monumental complex of the Sansevero Chapel Museum, and promoter of the “Committee for the restoration of the Statue of the Body of Naples”, has been thankfully acknowledged by thousands of Neapolitans.

The statue of the God Nile or “Body of Naples” can be found at the beginning of Spaccanapoli street; it, dates back to 200-300 AD, when Napoli witnessed the first settlements of Egyptians from the area of Alexandria, nicknamed “nilesi” in honor of the great Egyptian river. 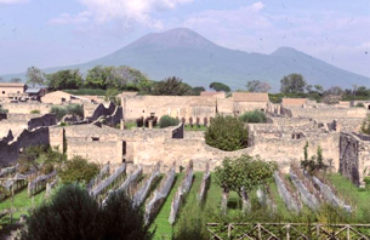 Harvest 2017 in the excavations of Pompeii 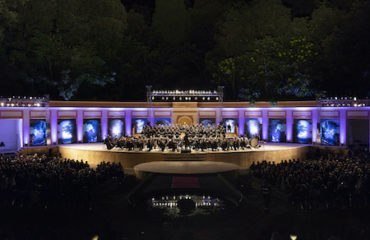 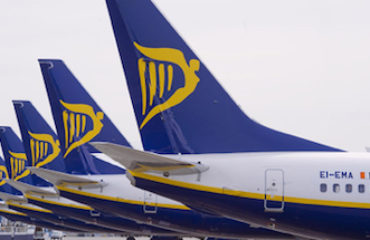 Ryanair in Naples, new routes for Marrakech and Copenhagen